Say hello to Breech, the boarder terrier with a nasty on-going cough!

Before visiting the Specialist
For several months and despite antibiotics and anti-inflammatories, his cough did not improve. His usual vet had X-rayed his chest radiographs but the definitive reason for the cough remained elusive. So, it was decided to refer Breech to a small animal Internal Medicine specialist for further investigations.

Breech’s Care
Once with the Specialist, Breech had a CT-scan and the changes in his chest were quite dramatic with many of the airways were filled with debris. Next, Breech had  a bronchoscopy: which involves using a camera to look down into the airways. Upon closer inspection, larger plugs of debris were found within the airways. Biopsies confirmed that Breech had an uncommon condition called ‘eosinophilic bronchopneumopathy’. In this disease, cells associated with an allergic-type response had built up in the airways and caused the horrible coughing.

Breech’s Progress
Breech is now using a steroid inhaler, his cough has completely resolved and he is feeling much better! 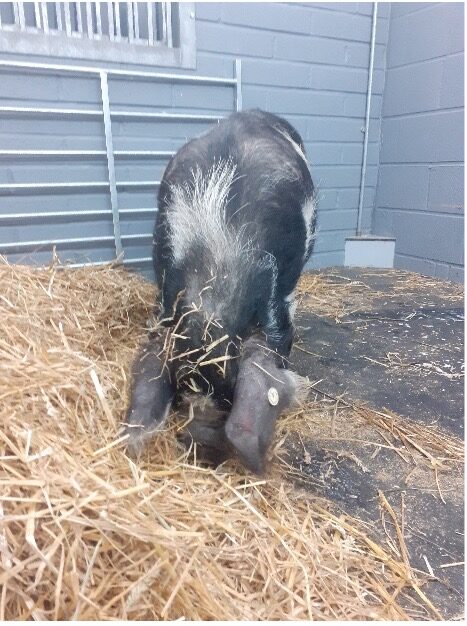