Goliath under anaesthesia for medical investigations

Goliath having fluid drained from his chest

Goliath having fluid drained from his chest

Goliath the black bear was found to be having breathing difficulties. Read how specialists helped him breathe a little easier.

Goliath a 31 year old black bear, was noted to be very lethargic and his attentive keepers had reported a decreased appetite. On closer inspection it was clear that all of his limbs were swollen and his abdomen was distended. In addition his breathing was laboured.

The bear was anaesthetised by the zoological specialists to facilitate examinations and treatment. A medicine specialist then performed ultrasound examination of his chest and abdomen which confirmed that both cavities contained a lot of free fluid. A heart scan also revealed that his heart chambers were enlarged and heart contractility was reduced. This was consistent with congestive heart failure and this had led to accumulation of fluid in the abdomen and chest cavity.

Goliath showed breathing difficulties as a result of the fluid in his chest. Thoracocentesis (draining fluid from the chest cavity using a needle and syringe) was performed and his breathing pattern improved dramatically as a result (as his lungs could then inflate properly). Around 2 litres of fluid was removed from around the lungs during the procedure.

Care of dangerous animals such as this, is always hampered by the need to avoid injury to the vets involved. By working together as a team, both the specialist zoological vets and the internal medicine specialist were able to quickly reach a diagnosis in the field and start treatment immediately.

Goliath recovered well from anaesthesia. He was subsequently started on heart medications and water tablets, to help reduce further fluid build-up, and support his heart function. Goliath is currently stable on treatment, and enjoying lots of fruit and veg laced with his heart medications. Although sadly his long-term prognosis is poor due to heart failure, he currently has good quality of life. 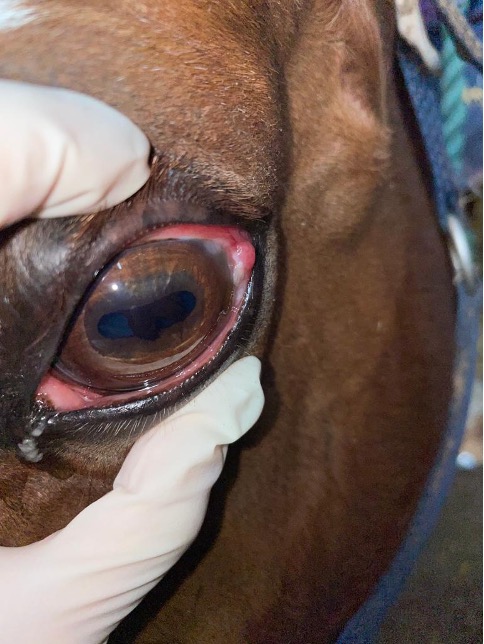